Prof. Peter Kiefer is sound artist, composer and sound researcher. He studied composition and classical percussion at the College of Music Cologne and philosophy, musicology and theatre-, film and television science at the University Cologne. Additional studies with Luigi Nono, Karlheinz Stockhausen, Herbert Brün, Vic Hoyland and Michael Nyman. Since 1991 lecturer, since 2000 – 04 professor and head of the >MusicDept.< the Academy of Media Arts Cologne. Since 2001 professor at the School of Music at Johannes Gutenberg-University of Mainz. In 2010 he initiated the Master Studies program „Sound Art-Composition“ and is head of the Department „Sound ArtComposition“. From 2017 – 22 he is research fellow at GRC for the project A.R.S. His compositions always focus on space as a central theme and have been performed internationally. He composed for traditional ensembles but also for experimental video art and electronic music. His music for the silent movie La Passion de Jeanne d’Arc from Ch. Th.Dreyer was performed in the Cathedral Notre Dame in Luxemburg. He was commissioned an orchestra piece for youth orchestra for the 25th anniversary celebration of the German Unity Day. The first perfomance took part on the day itself October 3rd, 2015 in the Berlin Philharmonie. Since 1991 he works as sound artist: his intermedia sound art-projects have been presented in numerous exhibitions: German Academy of the Arts Berlin, the Art and Exhibition Hall of the Federal Republic of Germany Bonn, the Historical Museum in Luxembourg, the Couvent des Cordelliers Paris, the Kunsthalle Düsseldorf, the German Historical Museum Berlin, Fabbrica Europa Florence, City Museum Helsinki, FIN, Lenzburg and Bern CH, Sound Art Hannover, Deutzer Brücke Cologne for Brückenmusik X, Sound parc at the Federal Horticulture Show 2011 in Koblenz and in 2015 at the international Sculpture Biennale Blickachsen 10. He also works as curator on several occasions: 2004 he was artistic director of the large sound art festival KLANGRAUMRAUMKLANG in Cologne. He was invited to numerous symposia and international conferences e.g. keynote speaker at Bonn University or Banff Centre for Arts and Creativity, Canada. Author and publisher of „Klangräume der Kunst“ (Soundspaces in Art) at Kehrer, Heidelberg 2010.
Further information is available here 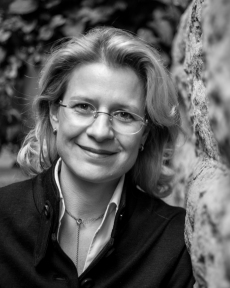 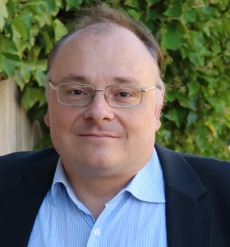 Michael Zwenzner joined the ARS team on April 15, 2019. He is a musicologist with many years of experience in music publishing. As an expert on new music, he is a well known author for music magazines and festival programs.
He runs the Office for New Music in Munich and is a member of the board of the Munich Chamber Orchestra.

Julia Reif has a bachelor’s degree in musicology. She works as an assistant to the rector and managing director of the Hochschule für Musik Mainz and has been a member of the ARS team since May 2019, where she is also responsible for administrative and organisational tasks.

Anne Katrin Voss studied art and English. She worked in human resources in international companies and also as an independent management consultant. In 2007 she developed a one year course for the school subject Happiness. She has published books and articles on this and works as a trainer for universities, foundations and local authorities.
She enriches the ARS -Team in organisational aspects.

Julia H. Schröder is a musicologist with research interests in sound art and sound studies as well as contemporary music, sound in theater and music & dance. In her research project at ARS – CUPRAS she focuses on the perception of open air sound installations. Her former postdoctoral research project at Berlin Free University’s Collaborative Research Center 626 resulted 2014 in a book on aesthetic experience in concert situations. Her doctoral dissertation on music and dance was published as “Cage & Cunningham Collaboration” (2011). She has been teaching at several universities in Berlin, currently at Sound Studies and Sonic Arts at University of the Arts Berlin and has been publishing and lecturing internationally.
Julia H. Schröder joined the ARS-project in April 2018. Since April 2019 she leads her own DFG project in Berlin but remains affiliated with ARS as a associated researcher.

Jim Igor Kallenberg (* 09.11.1989) works as a musicologist and philosopher on topics of sound art, music aesthetics, contemporary music and music theatre. He operates in the political, religious, totalitarian and deaf-mute borderlands of the (non-)musical. His master’s thesis dealt with musical semiotics of postmodern music. He works as a dramaturg and author with various artists and organs of contemporary music and musicology – written word, on stages, on the block and on the radio. Since May 2020 he joined the ARS team as an artistic-scientific asscociate.

Joshua Weitzel is a musician, curator and researcher born in 1989. His research interests are located at the intersection of musicology, art history, and education.

As an improviser, composer and performer on guitar and shamisen he is mostly active in the field of experimental music, jazz and the grey areas in-between. He holds a Master’s degree with distinction from King’s College London and a Bachelor’s degree from Göttingen University. Currently, he is working on his PhD at the Edinburgh College of Art, University of Edinburgh, where he writes about sound in the context of the history of documenta exhibitions. Aside from his own music practice he curates concerts, performances and exhibitions in Kassel and also works as a gallery educator. Since May 2020 he joined the ARS team as an artistic-scientific associate. Webpage